Piling onto other recent delays, the latest setback will stretch the service’s debut from January 2018 to mid-2020, according to city documents… (more)

The SFMTA doesn’t care about completion. They just want to get their hands on as many streets as possible to tear them all up at once. The more delays the longer they can gridlock the streets. Digging holes is the goal. The public is not amused. Complaints from constituents in all the districts are forcing changes at the SFMTA. The Supervisors may not be able to fix the homeless crisis but they can pressure the SFMTA to listen to us.

Whether you read the article or not, read the comments. They are really good.

Only two years ago, the California rail authority unveiled an ambitious plan to begin operating a segment of bullet train service between San Jose and the Central Valley by 2025. It would take nearly every penny in its checkbook, but the rail authority assured the public it would work.

But that plan has been crushed by the acknowledgment Tuesday that the cost of building just 119 miles of rail between the farm towns of Madera and Wasco has soared from about $6 billion to $10.6 billion, siphoning off money that the authority had planned to allocate to the ultimate goal of connecting Los Angeles and San Francisco.

It has left the broader high-speed rail project, a lofty objective that Gov. Jerry Brown has pursued since the 1980s, in an existential crisis.

Over the next year, Brown, the Legislature and the next governor will have to decide whether to create new revenue sources, dramatically delay its construction or scale it far back from a complete 550-mile system, among other possibilities… (more) 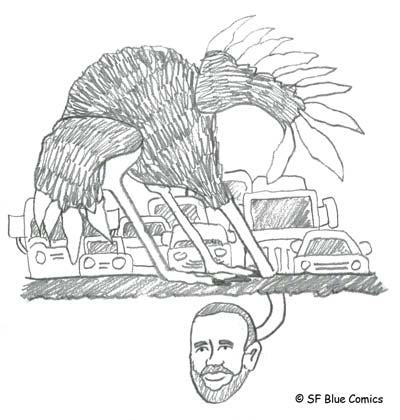 Have you ever wondered how the Central Subway project, a 1.7-mile rail extension of Muni’s Third Street line from Fourth and King to Chinatown, managed to get so bollixed up? Here’s a brief history of what happened:

At the end of 2017, it was announced the San Francisco Municipal Transportation Agency’s Central Subway manager, John Funghi, was leaving his post for the $1.6 billion project to work on Caltrain electrification. His departure came shortly after Tutor-Perini, the station contractor, released a report Nov. 1, 2017, showing that the project is more than two years behind schedule and burdened with more than 1,300 construction contractor claims outstanding — only 73 of which had at that time been addressed by the SFMTA — leaving the remaining 94 percent awaiting “processing.”

As things stand, the trains won’t be rolling into Chinatown before Spring 2021, at least 29 months behind schedule.

The true extent of the project’s construction cost and delay problems are now revealed: The Tutor-Perini report submitted to Supervisor Aaron Peskin lays out the problems in detail and asks Peskin, who is also chair of the San Francisco County Transportation Authority, to help resolve the hundreds if not thousands of outstanding issues between it and the SFMTA. In view of the many months of the Federal Transportation Administration’s Project Oversight Reports repeatedly warning of unfilled SFMTA positions and other staffing problems, and of accumulating contractor claims and accruing project delays, this came as no great surprise.

Yet, as recently as three months ago, the leadership of the SFMTA was still contending that, although the actions of the contractor had delayed things by nine months, the project was still within budget. That was before the 1,300 claims came to light; it is now clear the project is both way behind schedule and way over budget. From what has been revealed to date, it appears that because of a “head-in-the-sand” response to serious Central Subway design and construction problems, the ultimate cost of the project has increased substantially, thereby placing the SFMTA and San Francisco taxpayers in financial jeopardy… (more)

Lack of jobs is hardly a problem. A lack of talented workers is. This is exacerbated by an agency that can’t say no to every hair-brained scheme special interest groups come up with. If the SFMTA were only allowed to work on one large construction project at a time and finish it before starting another one, we might have a system and city that functioned.

We understand SFMTA is giving project managers multiple projects to manage. We were told that is what happened on Potrero. Their excuse is that if they don’t start a project they lose funding for it. The SFMTA and the director have bitten off too much to chew and they have buried their heads in the sand in hopes we won’t notice their incompetence. They will continue the blame game while biting the hands that feed them until they are put out to pasture. The voters have a say if the Supervisors give them a chance to restructure the department.

Work to strengthen and modernize Muni’s Sunset Tunnel will end up costing $4 million more than planned — due in part to neighbors’ complaints about noise and late-night work.

The Municipal Transportation Agency board voted Tuesday to approve the additional payment to contractor ProVen Management, for a total of $23.3 million, because of delays, mostly associated with neighbors’ appeal of a night work permit, and additional work requested by the agency…

Money to pay for the increased cost will be siphoned from a project to rebuild the turntable in the Cable Car Barn, part of an effort to rehabilitate the cable car system. Muni will delay that work until 2019 while it looks for new funding… (more)

Leave it to SFMTA to blame the neighbors. The will blame anyone rather than assume the blame themselves. How much longer will people put up with them?

Fares are going up for BART riders in the new year, with everyone paying 2.7 percent more than in 2017, and those trying to pay nothing to ride the train are in for some steep penalties, according to the transit agency.

The minimum fare will rise to $2 for adults, $1 for youth between ages 5 and 18, and 75 cents for senior or disabled Clipper card users.

The agency also unveiled its new fare evasion policy Monday, as it tries to prevent millions in unpaid fares from walking out the door.

BART said fare inspectors will go car-by-car, passenger-by-passenger, checking tickets and doling out $75 fines to adults and $55 fines to minors…(more)

Your very friendly BART has growing plans. They are growing more employees who need to justify their positions by handing out tickets. Better hope the scanners work better than the Muni ones do.